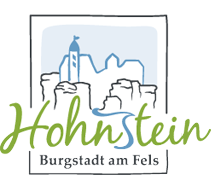 Old town and nature of Hohnstein

Picturesque castle town on the rock

An idyll awaits visitors to Hohnstein. The little town lies tranquil between bizarre rock formations. The castle towers mightily over winding streets with pretty half-timbered houses. A stroll through the labyrinth of small streets reveals new views of the rugged relief of the area. Here in the heart of nature you can enjoy the pleasant tranquility. Rushing forests, rugged rocks, old walls – Hohnstein is a gem in the middle of the unspoilt Elbe sandstone landscape.

A tour of the city and its immediate surroundings reveals the unique charm of the place. If you rest for a moment under the old oak in front of the town hall, you are already immersed in the history of Hohnstein. The old castle from the 13th century rises above it all. In the forest below the castle remains of the former bear garden have been preserved. In the game-rich area, the aristocratic seat served as a hunting lodge in the 16th and 17th centuries.

The town of Hohnstein itself was first mentioned as such in 1445. A devastating fire destroyed almost the entire city in 1724. Only the town hall from 1688 and the pharmacy on the market from 1721 have been preserved – until today! Immediately after the destruction, the construction of a new city church began according to the plans of the famous master builder George Bähr, who also designed the Dresden Frauenkirche. This resulted in one of the most beautiful baroque churches in Saxony in Hohnstein. When looking at the graceful simplicity, the attentive observer will notice fine cracks in the building. An (active) geological displacement zone runs under the church, the so-called Lusatian Fault between sandstone and granite. 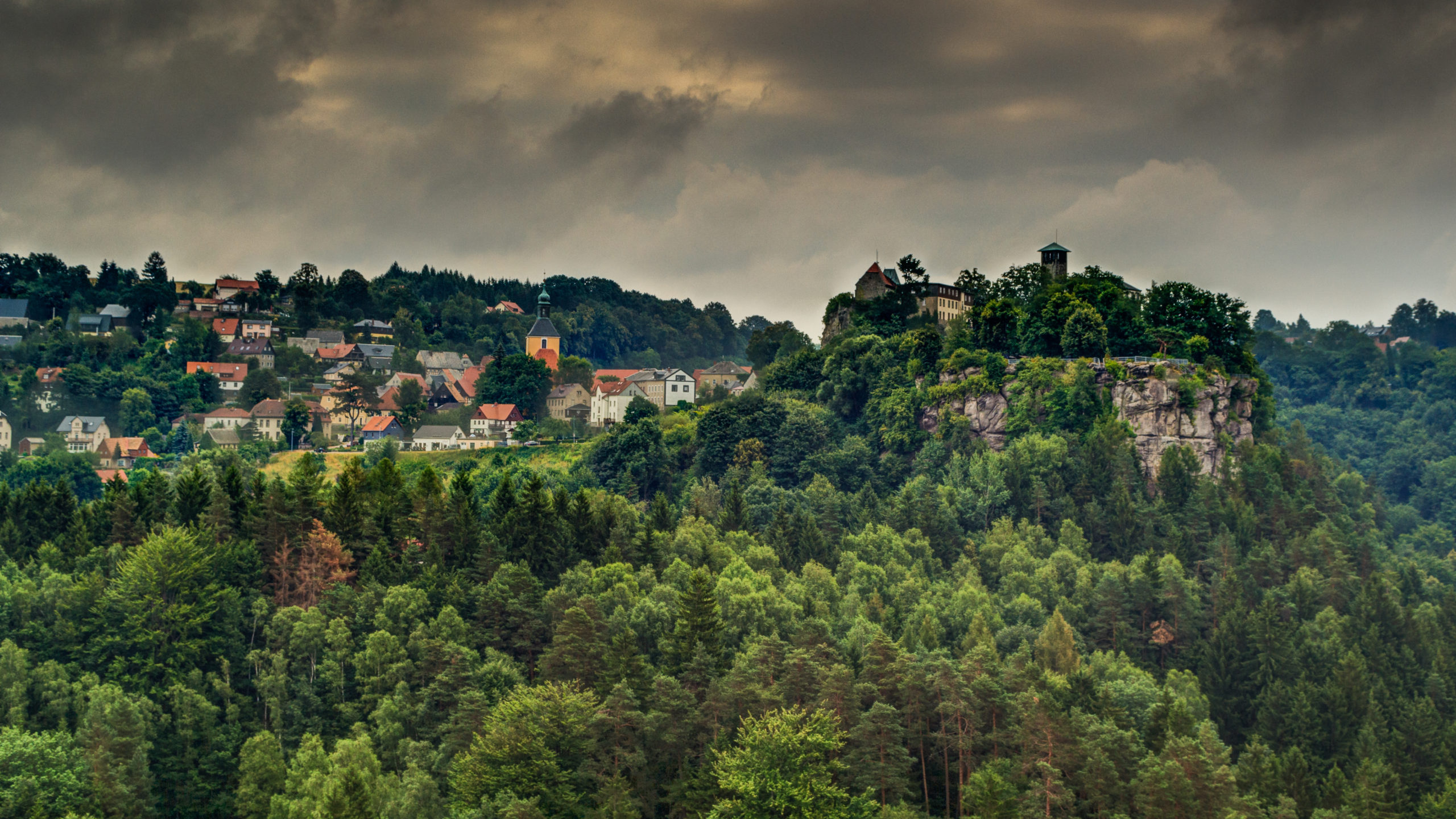 The consequences of tectonic movements and natural erosion processes can be seen impressively at several excursion points around and in Hohnstein. On the Hockstein rock massif, the castle is close enough to touch, only separated by the deep incision of the Polenz valley. Here the different weathering forms of sandstone and granite can be seen as an abrupt change from the granite-typical V-shape of the valley to the canyon with high vertical sandstone walls. What a fantastic view!

The Gautsch grotto is another natural feature in the Hohnstein forests. The grotto on Halbenweg is only about 15 minutes’ walk from the market, above the Polenz valley. A narrow path leads to the breathtaking circular rock, the overhanging sandstone walls of which arch into a huge grotto in the center. A waterfall trickles down from the 18-meter-high edge, which forms a gigantic column of ice in frosty winters. An attraction for young and old! 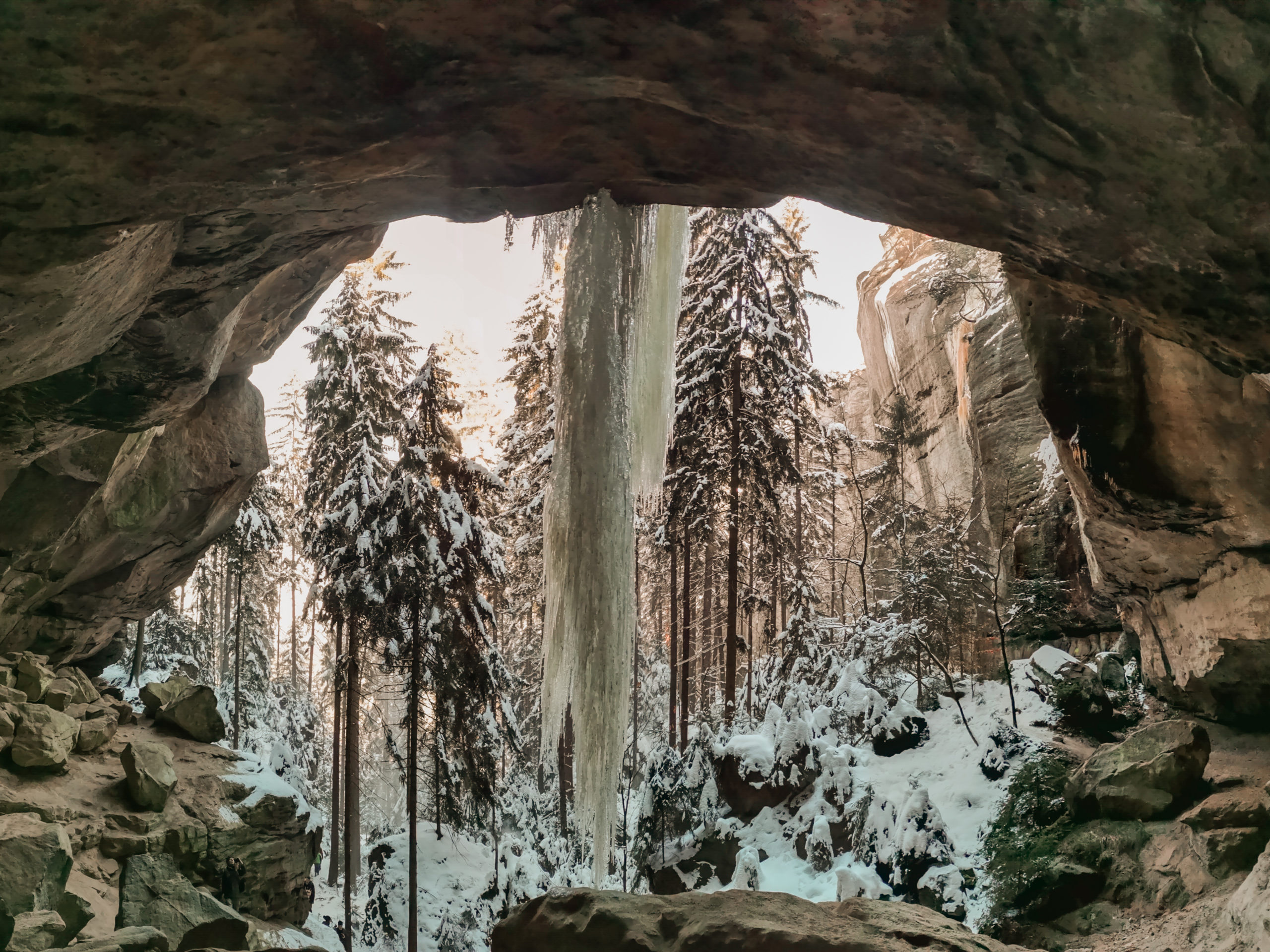 The Napoleonschanze on the 392 meter high granite dome of the Schanzenberg offers the broadest all-round view of the Hohnstein area. The view extends from Stolpen over the Great Winterberg, into Bohemian Switzerland with the Hohe Schneeberg over the Ore Mountains to the Borsberg near Dresden. The still recognizable installation made of earth walls was built in 1813 for the military security of Napoleon Street and was used as a position by the French army. It is not known whether Napoleon himself stood on this hill. The light troops of the Russian Cossacks and Austrian infantry bypassed the redoubt and the French were left with evacuation without a fight. Just a few months later, the devastating Battle of the Nations near Leipzig followed.

In the urban area, there are fabulous views of the surrounding rocky landscape, and not just from the castle area. The castle can be seen in all its splendor from the so-called knight’s rock. The Hockstein on the opposite side clearly stands out from the rugged sea of forest. The adventurous ascent over the knight’s steps from the bear garden is not absolutely necessary. The ascent from Waldstraße in the part of Hohnstein slightly above the old town is very easy. An old marker stone shows those interested the way.